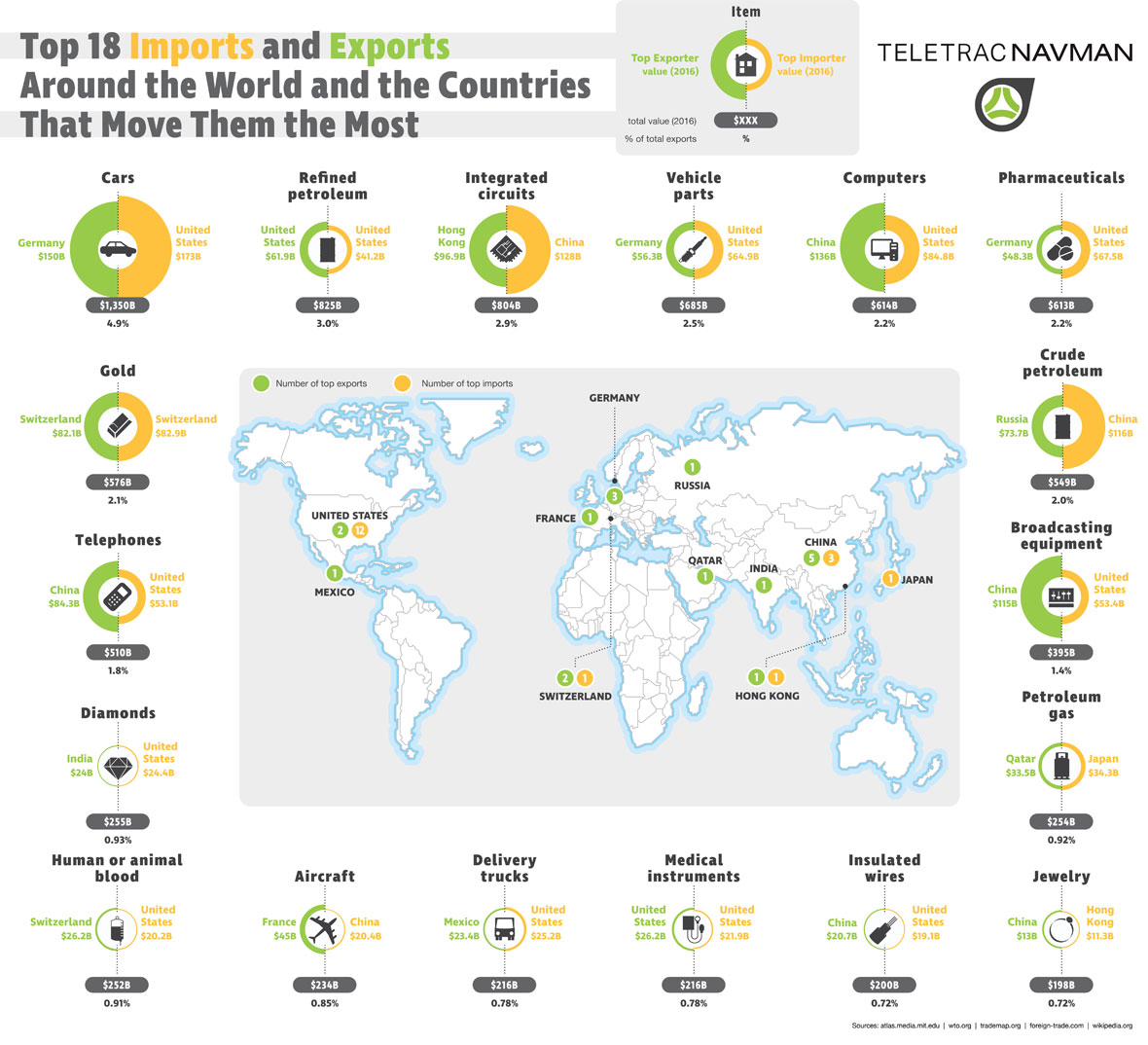 If you need help optimizing your fleet operation, check out our fleet management software which provide insights to optimize your fleet. Get a demo »
Share this on your blog or website by simply copying and pasting this code on your site.

According to the Observatory of Economic Complexity at the Massachusetts Institute of Technology, the United States exported $1.42 trillion and imported $2.21 trillion in goods in 2016. This made the US the second biggest exporter in the world behind China and the biggest importer in the world ahead of economic giants such as China, Germany, the United Kingdom, and Hong Kong.

What is the most exported product in the world?